Peter D. Harper - known in the music world, as "Harper". His latest release “RISE UP’ profoundly expresses Harper’s creative use of the harmonica and the haunting drone of the didgeridoo with underlying meaningful lyrics, which reflect the divisive times, we currently live in.

Harper is known for his powerful soulful voice and a deep, almost mystical approach to the roots genre. He has received 14 music awards (including a Gold Record), in 4 different countries for Outstanding Vocalist, Harmonica Player, Best Album, Best Song and Best Band. Harper's latest release is an expansive musical and lyrical journey, stirred up with masterful harp and the earthy, woody, percussive tones of the didgeridoo. “RISE UP” reached # 3 on the Billboard Blues Charts, was listed in the Top 20 Albums of 2020 by Blues Blast Magazine and also nominated for Best Modern Roots Album, and Best Modern Roots Band, 2021 by Independant Blues Awards, USA. Harper is backed by his American Midwest based band "Midwest Kind" 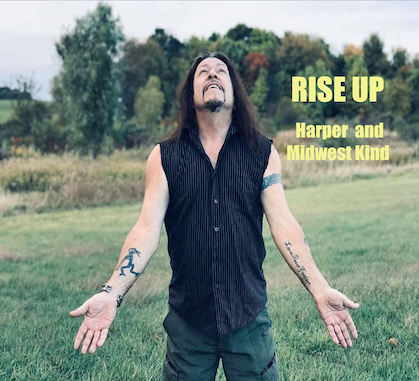